This series aims to recognize the hard-working advocates in our community who are dedicated to promoting the inclusion of individuals living with intellectual and developmental disabilities (I/DD) throughout King County. We are proud to share their stories. 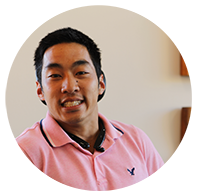 When Steve Ferreira isn’t busy running his own nonprofit or attending board meetings at The Arc of King County you can often find him training for the Paralympics or inspiring youth around Washington state and the World. His mission is to show people that disability is a part of life, and that just because someone works at their own pace doesn’t mean they can’t achieve the same goals. Take Steve for example; Steve was diagnosed with cerebral palsy at 4 months old after a traumatic birth experience in Taipei, Taiwan. Steve’s adopted mother was determined to make sure that his diagnosis didn’t keep Steve from achieving his full potential, so when they moved to The United States in 1990 she quickly enrolled him in public preschool.

Steve fondly remembers kids fighting to sit next to him in class and accepting his differences at a very young age. As Steve continued his education though, things began to get a little more difficult. Kids weren’t always so nice and there wasn’t always someone there to monitor the situation. After a couple of kids tried to bully him in middle school Steve decided to take matters into his own hands and he began advocating for himself. But he didn’t stop there. Steve saw a real need for inclusion training and disability education in schools. At the young age of 15 he began traveling around Washington state to speak to other high school students about living with a disability and about the harmful effects of bullying. As one may expect from a person so driven and passionate, Steve was eager to share his message with an even broader audience. So, in 2011 Steve formed Beyond Disabilities where he speaks regularly to students and organizations about the necessity of inclusion.

Outside of his numerous professional accomplishments, Steve is also a celebrated track and field athlete. As with everything he does, Steve never lets his physical limitation keep him from excelling in his goals. So, it is no surprise that he was voted the 2015 Best of Western Washington Amateur Athlete AND College Athlete of the year. Steve hopes to use his platform to show that people with disabilities are capable of many things. He believes that by speaking openly about disability we will be able to break down some of the barriers that exist in our community today. Steve’s excitement for life is evident in everything that he does, and his determination to continue reaching new heights is truly contagious. This mission won’t always be easy, but Steve has never been one to back down from a challenge!