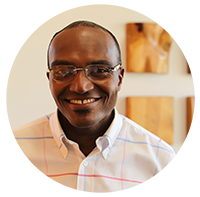 A seven year King County resident, Edward resides in the busy South Lake Union neighborhood. He originally hails from Ann Arbor, MI, where he graduated from Eastern Michigan University, class of 2006. Professionally, he works for JPMorgan Chase as a Business Relationship Manager II, where he works with small and medium sized business in the area . He has been with Chase since 2007. Edward has a passion for inclusion and has supported the intellectual and developmentally disabled community his whole life, as his younger sister has a developmental disability. His close relationship with his sister has given him a unique feeling of responsibility to the community which led to him becoming board Treasurer in 2013. It is here as a financial overseer that Edward works to make sure that the Arc of King County has the ability to execute its goals not only today, but for generations to come. He is excited about the future of the Arc of King County, and the direction it is headed! In his free time, Edward is a passionate runner, and is an avid fan of college football.